English
Home / Blog / Industry Encyclopedia / How Many Kinds of Trousers Do You Know? （One）

How Many Kinds of Trousers Do You Know? （One）

Do you know how many kinds of trousers in our daily life? You may think of the silk wide leg trousers, silk harem trousers, silk pencil pants, etc. Today let’s take a look at the kinds of pants. 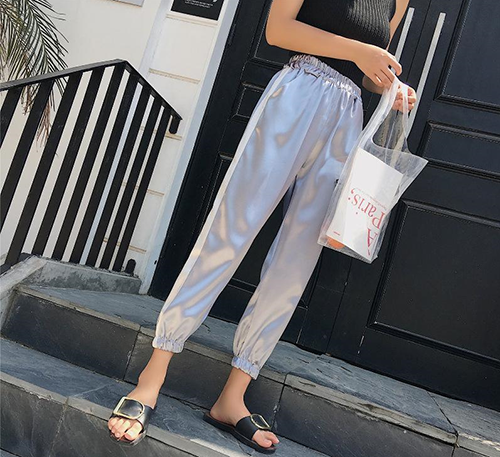 Also known as "pants". Straight pants are generally not rolled. Because the foot mouth is large (same as the mid-crotch) and the trousers are straight, it feels neat and stable. When cutting, the hips can be slightly tight, and the mid-crotch should be slightly raised, which can better reflect the loose and straight characteristics of the silk straight pants.

It is the straight crotch pants made of an indigo denim, with narrow legs and tight hips. The "Jeans", first recorded in 1567, is the name of the pants worn by merchant sailors from the Italian port city of Genoa.

It mainly refers to the trousers worn with the suit jacket. The suit originally came from Europe. The jacket was originally worn by fishermen. They were on the sea all year round. They wore clothes with open buckles and fewer buttons, which is convenient to fishing at sea. The tuxedo with a slit in the back was originally the costume of a European coachman in the 10th century. The slit was for riding. The hard collar is evolved from the armor of the ancient soldier, which is used to protect the arrow from shooting the throat. The three buttons on the sleeve edge are legendarily related to Napoleon. The suit pants were originally in the style of the "sailor suit" in Western Europe, which is convenient for sailors to lift the legs. These original clothes gradually evolved into suits with the development of society.

This kind of pants is made of khaki.

It refers to the trousers with wide straight tube and tightened foot mouth, the trousers are fitted with elastic bands, the upper and lower ends are narrow, the middle is loose and fat, and it is like a lantern. In terms of design, it can be regarded as a kind of "imitation model" and "imitation name". Bloomers are mostly made of soft silk or chemical fiber fabrics. They are easy and comfortable, and are mostly worn in leisure. 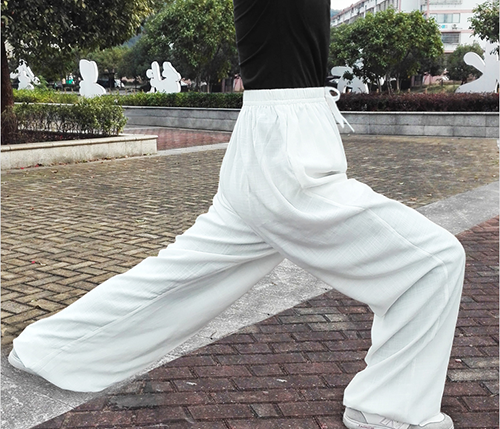 From the thigh to the foot mouth, the silk wide leg trousers uk are wide, and the lantern-shaped wide-leg pants have been heated up in the past few years. In the 1930s and 1940s, wide-leg pants helped women escape from corset skirts. Wide-leg pants began to be popular in China in the 1980s. Most of the wide-leg pants in the 1980s were light and flirty or yarn-like, and they were generally high waisted.

The so-called silk flared trousers are named after the shape of the trouser legs, which are like a trumpet. Its characteristics are low waist and short crotch, tightly wrapped around the hips, the trousers are narrow and wide at the bottom, and gradually open from below the knee. The size of the trousers is significantly larger than the size of the knee, forming a trumpet shape. In terms of structural design, it is based on the suit trousers, the rise is slightly shorter, the amount of hip relaxation is appropriately reduced, so that the buttocks and the mid-crotch are fit, and the trousers are enlarged from under the knee as needed.

Commonly known as small pants. There are many materials for the tapered pants ,such as silk tapered trousers, etc. 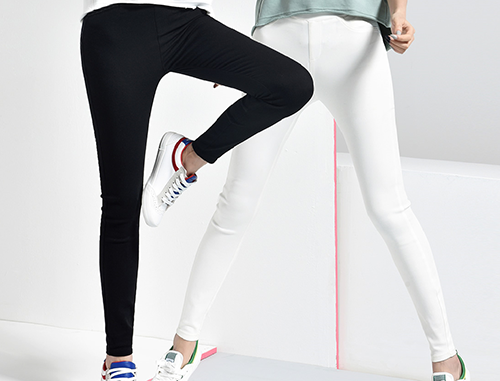 It is often referred to as drainpipe jeans and silk cigarette pants. These pants are a type of Skinny Jeans. They refer to trousers with slim pants and narrow tubes.